Students completed their second experience with Explain Everything.  Students were to create a picture with text that demonstrates the present.  Along with this, students created a part of the section of the product that included video to demonstrate the pres.prog.  I truly don't understand Spanish so the exact concept is new to me.

I do know that Explain Everything has become our main focus for this year to allow students to create items that "show what they know".  We want students to become so familiar with the technology tool (EE) that they don't even think about the tech tool, but simply focus on getting their knowledge to a digital medium.

Below is the information given to the students.  We are focusing on "Creativity" from the four c's for the entire year. 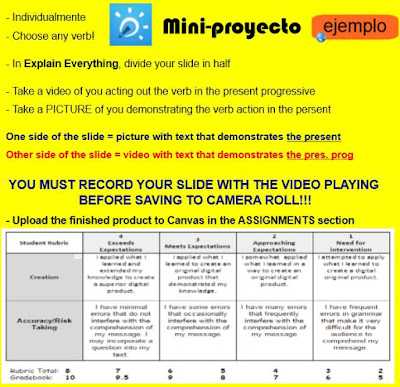 An example of the student's work is below.

Email ThisBlogThis!Share to TwitterShare to FacebookShare to Pinterest
Labels: Explain Everything, ITLS Creativity, Show What You Know, Spanish

Lunch N' Learn provides multiple learning opportunities for our staff. From classroom teaching strategies and workflow to fun ideas, it's an opportunity for our staff to learn about technology.

Today, with the "shopping season" about to be upon us, I am providing ten technology tools, that for the most part are $60 or less, to our staff.  Two of these tools, The Tile App and Google Cardboard, will be experienced by the staff during Lunch N' Learn.

If providing a technology tool to one of your loved ones is on your horizon, consider these options.


Celebrating Christmas!  For me it's Christ's birth and providing gifts to loved ones and friends just as gifts were brought to Him after He was born.  These technology gifts may just be what brings a smile to someone on Christmas Eve or Morning!

Students continue to learn the features of Explain Everything while practicing the Spanish language. 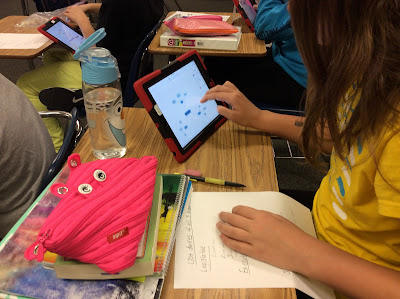 To allow students to "Show What They Know" in seventh grade, Mrs. Burch provided students with an introduction to the SimpleMind app and smashed it with Notability.  Google Drive and Canvas were used to finalize the workflow of product to instructor.

The SimpleMind app is a tremendous app that serves as a "graphic organizer" with multiple options for colors.  This was the best app for creating a web graphic so students could describe the Three Branches of Government.

As students took more than one day, we were able to export the Notability and SimpleMind creations to students' Google Drives via the app.  This allowed for students TO NOT need to same iPad each day of creation as the Notability app allows for importing of content from Google Drive.

As part of the assessment, Mrs. Burch chose the creativity portion of the four c's standards to assess along with the content.

From a tech coaching aspect, I (the tech coach) taught the the features of the app and the workflow needed completely to the first group of students.  During the second group of students, Mrs. Burch taught the features and workflow, while I was in the class for support.  It was a great interaction between Mrs. Burch as she was able to teach almost all aspects of the project while asking a few questions of me in front of the students if needed.  For the remaining two classes I was not in the room, but followed up with an email to see how the day progressed.

Overall, Mrs. Burch and myself believe the process worked well.

View the images of students working
Posted by Clay Reisler at 8:55 AM

iPad As A Research Tool

A teacher recently asked me, "How should I best use the iPad as a research tool with students?'


Flipboard: Get The App


Notability: Get The App
Exporting: 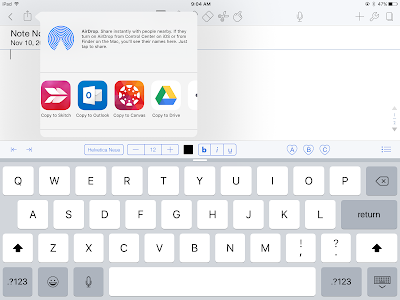 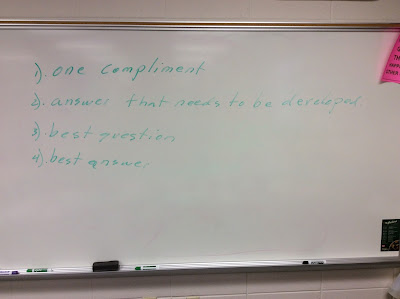 Our Civics teachers are formulating a plan to enable groups to gather information, interpreting of that information, and providing the information for other students enrolled in the course.

Prior to the flex mod schedule, students (about 280 of them) would be assigned the project, work in groups on consecutive days, and present those findings to  their classmates.  With the flex mod schedule (and unless a person is in it, it may not actually make sense) students are together on Monday in a lab, but the same group of students are NOT together until the following Monday.  Our workflow for this project provides an opportunity for students to complete the project outside of class via Google Documents and Canvas.  We have chosen Thinglink as our creation tool as it provides the same user experience on the iPad or on a computer.  Below is a tutorial to explain Thinglink.

While thinking through the project has required some time, we believe that the project has retained its integrity minus one element.  In the past, students have presented their information in person to their classmates.  We were unable to work that aspect into this particular project.  We will find another project to practice those skills.

Some forms that were used to facilitate the process.

Timeline Accountability Form 2015
Colonies To Constitution Website Resources
Table Of Contents
Mr. Pirman and Mr. Nickerson Timeline (Only One Example
Some Examples of Student Work (they are in progress until November 9) 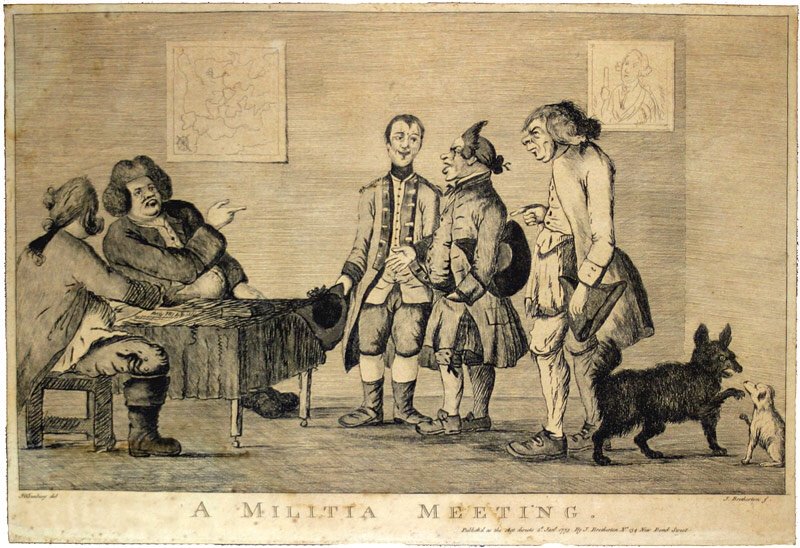 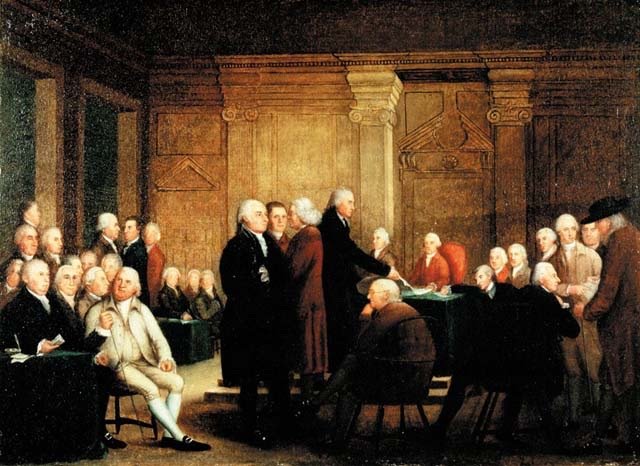 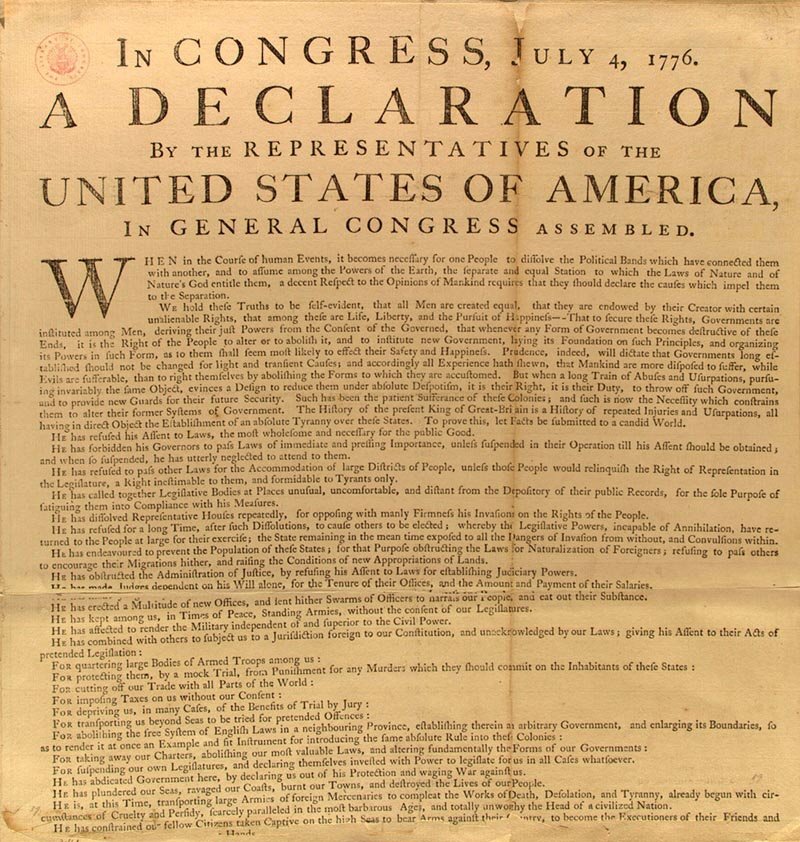