Today's Lunch N' Learn Topic was the Notability App.  I described settings, features, and digital workflow to and from the app for efficient productivity.
View The Presentation 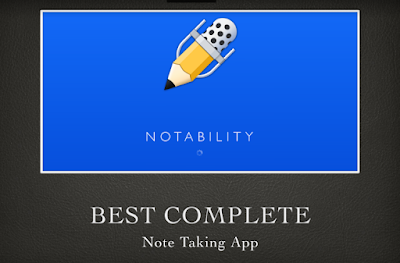 The introduction and set up with students is in the presentation below.

We just completed day two of Friday live video announcements produced and created by students.  As anyone knows from the iPaddiction Nation, we use iPads.  We are using and might I add very impressed by Switcher Studio and the Switcher Pro app!

We are utilizing two iPad Minis, an iPad Air, a Mac, and a PC for production.  We chose to go this route because all of our students will have iPads and didn't want to purchase additional cameras, computers, and switchers.  We are utilizing a multi use device (iPads) to accomplish a task.  Our media teacher, Mr. Manning, announcers, Matt and Lauren, along with studio helper, Annika, are moving forward and starting to develop great content all while utilizing iPads! 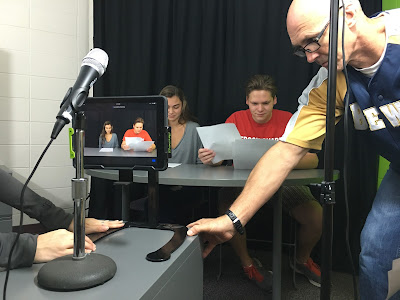 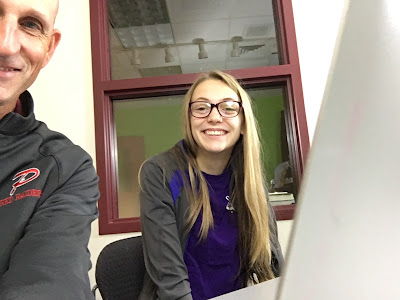 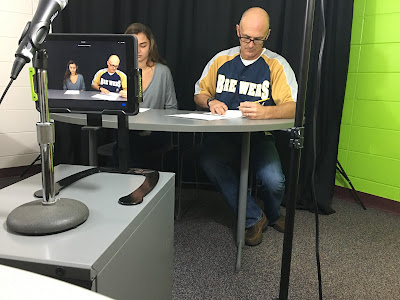 As we progress to make it perfect, I noticed that "camera two", our main camera, was moving in an out.  I discovered that around 35 seconds the lens started moving in and out trying to refocus on the subjects.  After some research, I discovered that there is a "lock" feature on the iPad/iPhone camera.

The yellow lock is presented at the top of the viewer.  To remove, tap the screen. 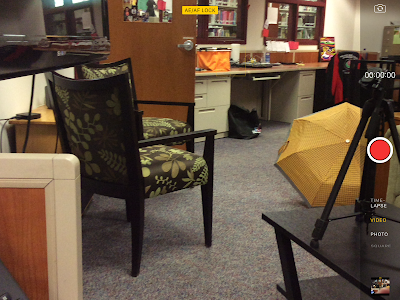 Our team is looking forward to the next production!
Posted by Clay Reisler at 10:15 AM

As we are preparing for 1100 students receiving their own iPad on November 1, our teachers were presented an iPad Mini at the beginning of the school year.

Today's Lunch N' Learn, which Pulaski High School staff have been faithfully attending for five years, is all about starting with a personal iPad.

I like to use the "One Page Home Page" where the most used apps are on the front page of the iPad.  All other apps are accessed through the "pull down and spotlight search" feature of the iPad.  I will be demonstrating that concept and providing productivity apps along with "must have apps" that help to make educational life easier.

I utilized Keynote on the iPad because I want to be able to use AirServer and toggle back and forth between the presentation and the apps that I will be talking about.  All with one device, the iPad Mini.

Additional digital work flow steps included sharing the Keynote from my iPad to "other apps".  I produced the Keynote as a PDF and exported it to my Google Drive.  This allowed me to make a "anyone with a link can view" document to share the presentation.

One great resource that all students and staff should be looking into further as iPads rollout in our district is the Apple Ecosystem for Educators Flipboard magazine that I have created and contribute to on a regular basis.

As a continued emphasis of student ownership exists in our school community, we decided to allow students to run our @PCSD_PHS Twitter account for a day.

The process started in August of 2016 when our 3D group (review practices and set goals) met to outline actions for the upcoming 2016-2017 school year.  We focused on how we will promote positive aspects of our school to maintain a healthy, positive culture in our high school.

I had seen the actions of other school districts who allowed a student to takeover the school's Twitter feed and decided this is something we could do.  We set up parameters and shared them with two students that we thought demonstrated outstanding leadership in our school.  They thought the idea was fantastic. They even added that the Twitter Takeover should occur until after the football game!  This proved to be a tremendous idea as so many people liked Allison's account of the fun actions from the game!

With that we set up the second Friday of the school year as our first Twitter Takeover. 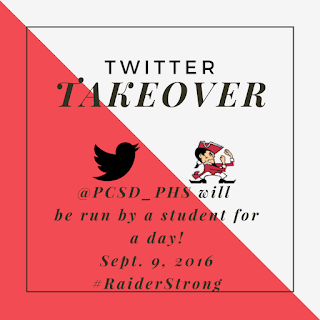 We promoted the day by placing posters around our school like the one above and digitally promoted it as well on social media and via email to the staff.

On Friday, Sept. 9 at 7:00 A.M. our first student, Allison Van Lannen met me in the library so that I could place the account and the password onto her person phone.  She didn't see the password and our agreement was that she would "log out" after the football game.  She was so responsible that she sent me a screen shot of her Twitter account after she logged out. (Great idea!  This will be a requirement for future Twitter Takeover students)  Please notice at the bottom of the picture below that only one account is on her phone. 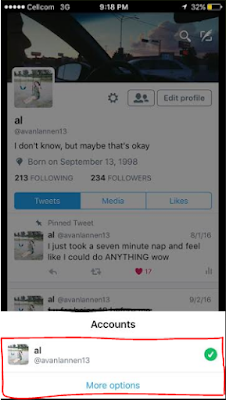 So was it a success?  Let's look at the Twitter Analytics.
On Friday, our student created 17 original tweets with total of 22, 200 impressions. (Impressions of number of times users saw the tweet on Twitter.) Compared to the previous Friday of two tweets (only a few adults have access to the account) and 5,000 impressions.


The students and our community knew that a student was in charge of the content and were very interested in what she had to say!  Scroll through the day below or click here.


After the last tweet, Allison sent me an email and stated, "Thank you so much for the opportunity!  It's been a blast!"

Yes it was!  For Allison and our #RaiderStrong community!

The next time you are looking for some positive PR for your school, allow one of your students to run your Twitter account! 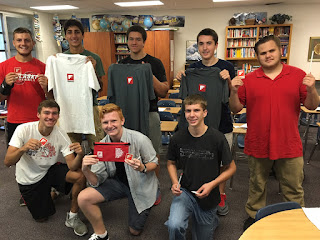 The presentation described in detail how Flipboard works for personal and educational learning experiences.  In addition, we set up the parameters for the semester long project that can be found on slide 23.


After demonstrating to students the features and power of Flipboard, students were given time to investigate personal interests from football to hunting to politics.

Students commented on a regular basis, "This is so cool!"

Combine the coolness with one of our core objectives, productivity, for any tool that we use and, it was a tremendous learning experience for our students! 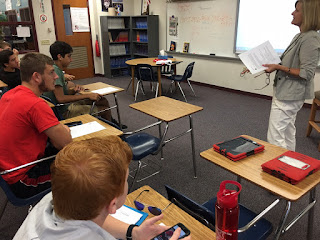