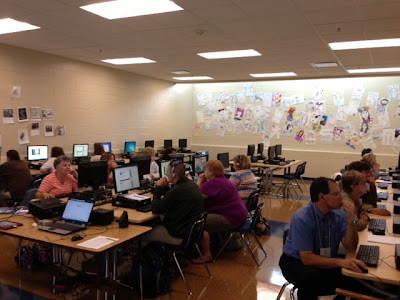 I was blessed today to spend hours with seventeen teachers who want to get better!  Our motivation for getting better was the opportunity to learn about the flipped classroom.  I incorporated and modeled many tools that teachers can use as I thought modeling would be a great method for introducing and learning philosophies, methods of, and tools to produce exemplary flip classed environments.  Below are the complete presentations and resources that go with them that were used today!